Have charter schools become a “meme”?

I had to wait a few weeks to post this, because the whole situation made my blood boil, but now that the dog days of August are upon us, and my ire has had a chance to mutate to annoyance, I have reached a conclusion: you know something is wrong with the concept of charter schools when they have become “memes.”

Truthfully, I don’t really know what a “meme”  is, except that they seem to have something to do with the internet and are cultivated and disseminated by young people with lots of time on their hands. Since I have spent a lot of time studying concept development, I utilized my “go to” method to help me understand what exactly a “meme” is: I perform a “search” on that word, and then click on “images” so I can view as many examples as I can. By looking at dozens of examples, I hoped to build a mental prototype of “meme.”

Using this method, I have determined that a “meme” is when you take a photo, place some snarky phrase over it in white using the font “Impact,” and then post it on Facebook, Pinterest or Tumblr.

But this didn’t account for the great interest in memes and their widespread dissemination. I decided I had to do more to investigate, so I searched for definitions. Here’s what I found:

Okay, this is beginning to make more sense, especially if I regard a “meme” according to the first sense. If this be the definition, I have reached the following conclusion: charter schools have become “memes.”

Which brings me to my story: I was at my school’s end-of-the-year shindig, which is usually sponsored by our parents’ association and takes place at a somewhat mid-scale but convivial eatery which will supply us with copious amounts of alcohol and fatty food to reward ourselves for a year well done.  There were about 30 of us in attendance, and we spanned a wide range of age, sexual orientation, skin color and height, which is why I love my school: we may be poor in money, but we’re super-rich in diversity.

Nearby was another long table loaded with a much less diverse crowd: it was primarily 20-something caucasian women with a few men of similar age and skin color sprinkled liberally among the crowd. There were one or two “adults” sitting in a clump at the head of the table, and I even spotted one of two people of color, but for the most part it was a pretty homogenous group, and they were clearly enjoying their margaritas. I concluded that this was not a law firm (too few geezers), nor were they celebrating the successful IPO of an internet startup (the restaurant was not fancy enough and there were too many women), and it certainly wasn’t a reunion of the Bethune-Cookman University “Wildcats.”

I am nosey by nature, so I did a slow recon around the table and confirmed my suspicion: these were indeed the faculty and staff from a school. However, something was not right: the demographics were all off. I’ve worked in numerous private and public schools, and while teaching always attracts a lot of young, white women, even the most upscale private schools have a wide range of ages in their faculty and have embraced hiring policies which encourage diverse and inclusive teaching populations. Whatever this school’s mission was, diversity (at least in faculty recruitment) was not high on its list.

So I was quite miffed by this group: what kind of school has a nearly all white, all 20-something, all female faculty? I approached the maitre-de and offered to buy her a sandwich (my typical bribe) if she would tell me which school was being feted at the table nearby. She looked down at her clipboard and announced, “Oh, that’s the ….. School.”

I pride myself in having my ear to the ground on the goings on when it comes to schools in NYC (I’m a reluctant reader of Chalkface and even follow Beth Fertig on Twitter), so I was somewhat taken aback that one had escaped my notice. I whipped out my iPhone, conducted a search on the school in question and was chagrined by what I read. No, I was beyond chagrined: I was incensed. Here’s all you need to know: 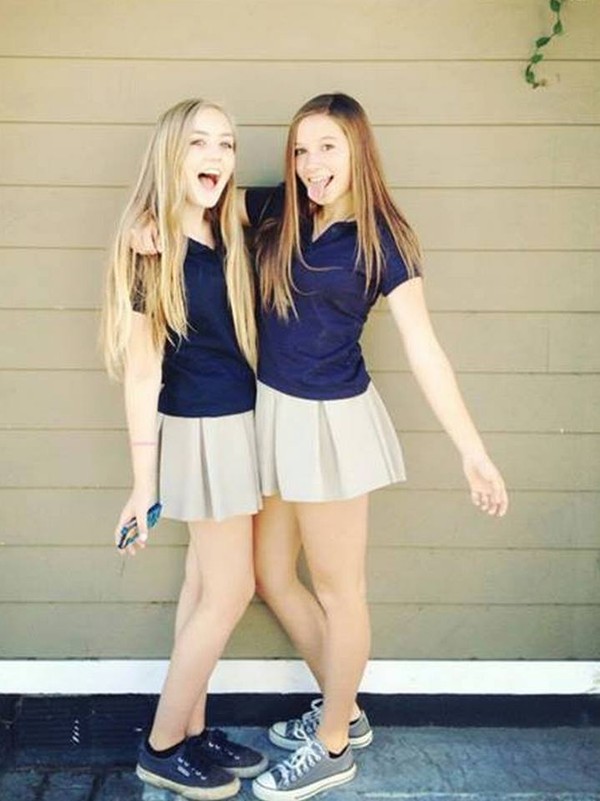 I didn’t read any further: this could have been the webpage for any number of charters that have sprung up over the New York City area. You have to admire the audacity in creating a school which fit the charter school mold so completely (this one was barely 3 years old.) All you have to do is throw in the khaki-pants-with-polo-shirt-with-school-logo uniform and a “no excuses” discipline code and >poof<, you done got a charter school!

This reinforces the saddness I feel whenever I hear the praises undeservedly heaped on the whole “charter school” movement, because it seems to me that the original intent of the charter school laws was to create “new” and “innovative” kinds of schools that “experimented” with different models of learning and instruction. Instead, what has emerged are endless numbers of cookie cutter schools which lack any individual identity or unique personality, where only the desperate and/or misinformed send their children, and where those who do not “make the cut” in the pressure-cooker classes are summarily “counseled out” to neighboring public schools which are obligated to educate those “rejects” (and my guess is that many of those “rejects” are going to emerge as some very brilliant and wonderful adults, if my 30 year tenure in education is any guide….)

Charters are not innovators in any way, shape or form, unless you consider it an “innovation” to underpay and overwork your novice, young faculty, discriminate against English language learners and those requiring special services, and focus relentlessly on high test scores. Of course, you need hedge fund sharks to fund the whole enterprise, and some young, white, primarily female teachers to staff the classrooms, but neither of these seem to be in short supply. Oh, and don’t forget the students…

Coming to a Tumblr blog near you!

I’m in favor of having all sorts of schools, where informed parents can rest assured that their children are getting a high quality education from a faculty that is professional, diverse and committed. However, I think that charter schools like these are not really schools at all: they offer nothing innovative or interesting; rather, they are memes, which is what seems to attract young people nowadays.

This blog is the sole musings of one Robert M. Berkman, an educator who has taught math, science and technology for the past 30 years in New York. You can react to all his posts by emailing him at rants@bltm.com.
View all posts by rmberkman →
This entry was posted in charter schools, racial-urban-class warfare, urban-class warfare. Bookmark the permalink.